One of the most exciting parts of joining Dataminr as Chief People Officer earlier this year was knowing that this company is serious about diversity, equity, and inclusion (DEI). Of course, every company says this. But Dataminr is taking the steps to build authentically diverse, equitable, and inclusive teams—not only because it’s the right thing to do, but because it delivers the best results for our clients. In short, when you bring diverse perspectives to a problem, you uncover more surprising and innovative solutions than you do when everyone looks the same and has similar life experiences.

So how do you put DEI into practice? It starts with hiring, which we’re doing a lot of as we expand to new offices around the world. Not coincidentally, the job interview can be a huge barrier to increasing diversity because of a phenomenon called “unconscious bias.” What I’m talking about is that initial reaction you have to the candidate, which might be a positive or negative feeling. It may be triggered by something ostensibly tangible. (Maybe the candidate went to the same college you did.) Or it may be something you can’t exactly put your finger on.

The important thing to remember is that it’s a feeling. Meaning, in that initial moment, your perception is not based in fact. And that is completely normal. We all have unconscious biases.

When we acknowledge that, we open ourselves up to a different level of awareness, so that we can ultimately overcome them. Personally, in the example of interviewing candidates, when I have a strong feeling about someone early on in the conversation, I remind myself to put that initial feeling aside and focus on the facts—namely the candidate’s experience and qualifications.

This may seem like a simple point, but it’s incredibly important. It’s not uncommon to hear that a certain candidate “seems like a great fit” or “probably isn’t a good fit.” That kind of vague generalization simply isn’t good enough. Often, it’s the byproduct of that initial feeling, which can be driven by unconscious bias. It’s vital to ask for specifics instead: Why is the person qualified? What unique experiences will they bring to our team? How will they support our mission? Again, this is about creating opportunities for the candidate and Dataminr to get the best results.

Short-circuiting unconscious bias has to become second nature for DEI to succeed. Beyond hiring, our biases can affect who we assign to projects, who gets special assignments, and who we promote from within. It also affects inclusion, which is much more nuanced than diversity. Many aspects of diversity can be quantified. Inclusion, less so. It is who we invite to lunch or happy hour, who we consult for advice, who we include in the kickoff meeting. What we want to avoid is a technically diverse workforce in which people don’t feel genuinely included. To feel included, people need to know they have a place and a voice in the company.

I’ve been talking about these issues in town halls with Dataminr offices around the world as we prepare to roll out company-wide unconscious bias training. As I said, we’re growing quickly. And that makes DEI critical as we build the teams that will carry Dataminr into a fast-paced future.

Interested in joining our team? Check out our open roles.

March is Women’s History Month, and as we’re quickly approaching International Women’s Day on March 8, I’ve been reflecting on the role of womxn at Dataminr.  END_OF_DOCUMENT_TOKEN_TO_BE_REPLACED 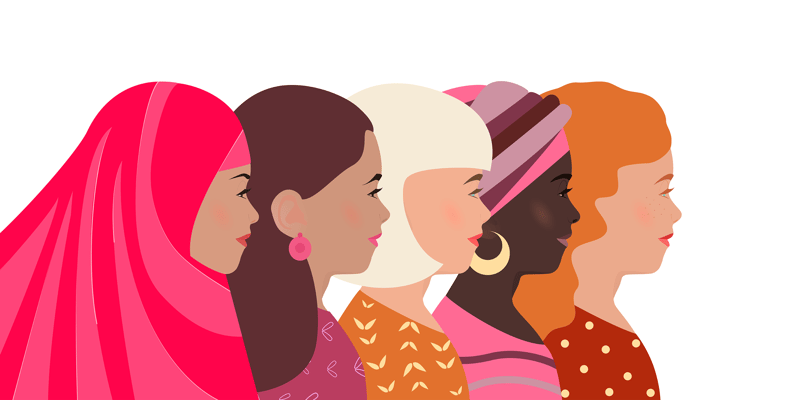 Here at Dataminr, we consistently identify and assess the key opportunities—and the constraints—that give voice to our employees. Our goal is to empower them to become vital... END_OF_DOCUMENT_TOKEN_TO_BE_REPLACED

Balancing Modern Social Responsibility and the Risks That Come With It