Real-time information is a vital catalyst for action at Silicon Valley-based software company Ellie Mae. Read the case study below to learn how the company used Dataminr to protect their employees in the Midwest, following a devastating cyclone in 2019.

It had been a particularly harsh winter night in northern Nebraska. Days earlier, a “bomb cyclone” had swept across the Midwest, bringing freezing rain, whiteout conditions and winds of up to 89 mph.

Perched in the powerhouse at the Spencer Dam, two overnight operators watched as thick chunks of ice—some as large as pickup trucks—pummeled the 92-year-old dam. The operators tried to open the dam’s emergency spillways, but found some had been frozen shut. As water levels surged and it became clear failure was imminent, the operators abandoned the dam’s powerhouse at 4:30 a.m. and drove into the neighborhood below to pound on doors, begging people to evacuate.

At 5:15 a.m., the dam broke, sending an 11-foot-tall wave of water downstream, flooding multiple towns and neighborhoods around Omaha. Nebraska’s governor later called the bomb cyclone the most damaging natural disaster in the state’s history.

Halfway across the country, the Workplace Safety team at the California-based software company Ellie Mae leapt into action, in support of their colleagues who lived and worked in the Midwest. The team worked quickly to account for the safety of Ellie Mae’s employees and families, gather information about the extent of the damage, and make business recommendations to the company’s People team.

“Pretty much every way into and out of the Omaha area was flooded,” said Josh Barrier, Manager of Workplace Safety at Ellie Mae. “We were able to provide photos from Dataminr showing exactly how bad the flooding was in the area.”

Ellie Mae’s executives used that information to temporarily close the company’s satellite office in Omaha, and reach out to employees to check in and offer support.

The March 2019 flood washed out a number of bridges in Nebraska, including this bridge in Niobrara.

Dataminr in the Safety Operations Center

He had used Dataminr in a previous management role, and recommended that Dataminr form the cornerstone of the company’s new operations center.

Real-time information flows into the center 24 hours a day, and analysts use that information to make decisions to keep Ellie Mae’s employees and assets safe.

Dataminr’s real-time alerts span the globe which was particularly useful in the summer of 2020, as Ellie Mae’s security analysts followed ongoing media coverage of the political upheaval in Belarus—home to one of the company’s three international offices.

"Dataminr really filters those types of alerts out. One thing I always hear from my team is that every single notification we get from Dataminr could be something that we need to look into."

Employees want to feel secure at work, and know that their employer is looking out for their safety, Barrier said. He says his team functions with a service-focused mindset, providing relevant information to the business and making recommendations to ensure employee security.

Before using Dataminr, Barrier said security analysts often found themselves deep in manual work, chasing down information from disparate sources by hand. They’d use commercial social media platforms like TweetDeck, or rudimentary, keyword-based systems that would throw up urgent alarms when people tweeted sentences like “This sushi is the bomb,” he said.

“It was totally irrelevant, filling our notifications feed with junk,” Barrier said. “It would take time away from reaching out to someone who might actually need our assistance. But Dataminr really filters those types of alerts out. One thing I always hear from my team is that every single notification we get from Dataminr could be something that we need to look into.”

When a real-time alert comes into the SOC that requires action, Barrier uses Dataminr to get an early, on-the-ground look at what’s happening, which he reports up to the Senior Vice President of People. The Workplace Safety team continues to provide updates on the risk as it develops, to help executives make business decisions. 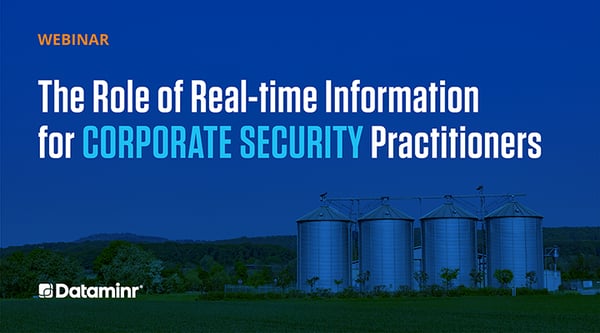 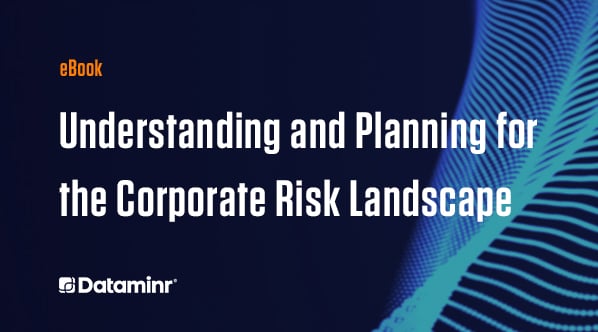 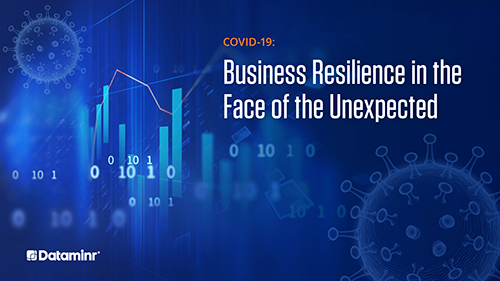 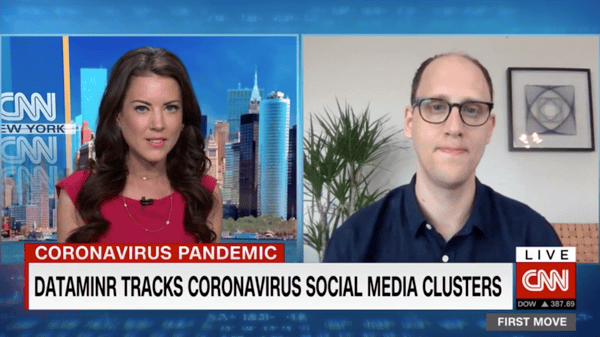