Since 1980, the U.S. has had about 300 weather and climate disasters each with damages reaching or exceeding $1 billion—totaling almost $2 trillion in overall costs, according to the U.S. National Oceanic and Atmospheric Administration (NOAA). The agency’s data as of September 2021 shows there have been 18 climate disasters, with losses over $1 billion each, in the U.S. this year alone. While the cost data isn’t tracked equally in all countries, clearly what the U.S. has experienced can be multiplied many times over worldwide.

Executives are concerned about our planet’s future—more than 80% according to Deloitte's global 2021 Climate Check report. Of those, executives in the public sector and industries like consumer, life sciences and healthcare are most worried about the business impacts of climate risks.

Regardless of one's political or social position on global warming or the ultimate cause of climate change, there is no disputing that extreme weather creates a wide range of dangers and disruptions for organizations—from disrupted supply chains to rising insurance costs and labor challenges.

In this blog post, I’ll explore five major climate risks all business leaders need to be aware and stay ahead of, as well as recommendations on how to prepare and respond to those risks.

Weather Risk No. 1: Hurricanes and Typhoons

In its September report, NOAA finds that the 2021 Atlantic hurricane season, which extends from June 1 through November 30, has been active with 20 named storms identified during the first nine months. In September alone, nine new named storms formed. Unlike some extreme weather events, hurricanes usually come with several warnings, giving organizations the advance notice they need to prepare.

But the cascading effects of hurricanes are not as easy to keep abreast of. When Hurricane Ida—the most costly disaster to-date in 2021—struck Louisiana, it disrupted critical infrastructure such as wireless networks, a power grid and an oil port responsible for 18% of the U.S. oil supply, cutting off nearly 13% of the country’s refinery capacity.

Organizations need to know about such disruptions as soon as they occur to keep their employees and customers safe and ensure business continuity. For example, when Ida caused flash flooding in New York City—submerging subway trains, sweeping away cars and grounding flights—Dataminr alerted its customers, in real time, to the flooding before official government warnings. Customers were then able to quickly identify affected assets and inform employees of key developments as they unfolded.

Hurricanes come with a heavy price tag, ​​and real-time information on potential damages and associated risks is critical. In the U.S., hurricanes Katrina (2005) and Harvey (2017) cost approximately $176.3 billion and $136.3 billion in damages respectively.

On the other side of the globe, an active typhoon season in Asia has threatened global trade and supply chains, which were already suffering from COVID-19 bottlenecks, as goods remain stuck at some of the world’s busiest container ports like China and South Korea. Most recently, Typhoon Kompasu has caused the worst container shipping traffic jam in months, affecting major ports across China and Southeast Asia.

Businesses often suffer direct expenses, such as the cost of renovating damaged property and equipment, as well as indirect expenses from lost revenue—and increased costs due to the shortages that often follow. But the overall impacts can be long-lasting and difficult to assess as the recovery process often takes years, even decades.

One of the immediate effects of hurricanes is flooding. However, even without a hurricane, prolonged and heavy rainfall can result in floods, such as the one that occurred in July 2021: rainfall in Europe over three days triggered flooding that swept away houses and power lines, leaving more than 200 people dead in Germany and Belgium.

This type of flooding in Germany was so unusual it caught many organizations off guard both in its speed and severity. Fortunately, Dataminr customers were able to leverage our hyperlocal real-time weather alerts, which came from more than 70 unique locations in Western Germany, all within 48 hours and as events occurred.

As one of the major climate risks to businesses, catastrophic flooding can destroy physical assets and infrastructure. This includes inventory damage, transportation disruptions, revenue loss and power surges. At the same time, employees, as well as coastal and river communities, are at risk.

One of the first considerations business leaders need to take to prepare for flooding is to recognize whether their building’s elevation levels are above flood risk zones. Additional considerations include employees’ home locations and whether or not business continuity plans should operate remotely or from another facility if and when flooding were to occur.

According to the recent Intergovernmental Panel on Climate Change (IPCC) report, the past five years have been the hottest on record since 1850. The report also finds that these kinds of heat waves, which used to occur only once every 50 years, now happen once a decade. And if the world warms another 1.8 degrees Fahrenheit (one degree Celsius), we’ll experience extreme heat waves twice every seven years.

Not only does the intense heat endanger public health and safety, it also impacts business operations, including damages to facilities and workforce disruptions, particularly if a company’s production involves outdoor labor.

Most infrastructure is built to endure a range of temperatures considered normal for the region in which it resides. But regions’ expected temperature norms are changing dramatically and quickly. From an operational cost point of view, extreme temperatures are driving up production, refrigeration and overall energy costs across a wide range of sectors.

The western U.S., Australia and other parts of the globe continue to suffer from annual wildfires—which are steadily increasing in frequency and size—that compromise critical infrastructure and the population living in close proximity.

Millions of U.S. acres have already burned in 2021, resulting in harmful air quality that led thousands to evacuate businesses and homes. More than 3,200 homes, commercial properties and other structures have been destroyed this year.

From the summer of 2019 to the spring of 2020, Australia experienced the most catastrophic bushfire season ever in its history. The blazes came during a major heat wave and one of the country's worst droughts in decades. Industries such as tourism and farming—including scorched pastures, destroyed livestock and disruptions to Australia’s dairy supply—were hit hardest.

In addition, high levels of fine, noxious particles in the air can inflict serious health issues on employees who work outdoors, live in or near affected areas or commute to and from the office. In the U.S., the Department of Agriculture has argued wildfires are now year-round for much of the country, and the national Forest Service is even looking at a ‘fire year’ concept.

Winter storms can pose an even greater risk to organizations than the four weather risks I touched on. This is because, typically, winter storms are not predicted with the same certainty or specificity of hurricanes, extreme heat or even flooding.

They often occur after a combination of changes in the jet stream, which plunges cold air masses further into North America and Central Europe. At the same time, precipitation and clashes between air masses can create winter “superstorms” that can be just as damaging as a hurricane, typhoon or cyclone.

These storms also have the potential to impact a much larger geographical area than hurricanes or floods because their extreme cold air masses can cover an entire continent for days or even weeks. The results are a loss of business, transportation and power outages as well as changes in consumer behaviors and employees’ ability to react—compounding the need for real-time information.

Gearing up for these winter events can take on similar, but also new, dimensions in terms of preparations and business continuity. Given the potential for air, road and even rail travel to be disrupted for days after a major snow storm, organizations need to consider how they can manage their supply chain and keep operations running smoothly.

All five of these extreme weather and geological phenomena have occurred in 2021. Therefore, it’s imperative that businesses accelerate their climate risk assessment, mitigation and adaptation strategies.

Learn more about how organizations like yours can use Dataminr Pulse to get a 360° view of extreme weather events so you can better protect your people and assets.

Chris Brozenick is Senior Director of Product Marketing at Dataminr, where he leads go-to-market efforts for Dataminr Pulse and the Dataminr for News. Prior to Dataminr, Chris was the vice president of product strategy for WorldAware and vice president of product for WeatherBug / Earth Networks. He holds a B.S. in electrical engineering from Purdue University, and an MBA from Johns Hopkins University. 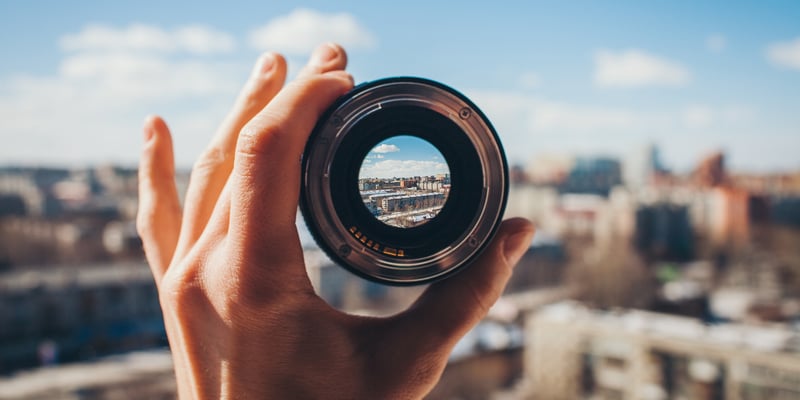 COVID-19 was this century’s largest global risk event to date, with far-reaching, long-lasting effects on society and the way we do business. Before COVID-19,... END_OF_DOCUMENT_TOKEN_TO_BE_REPLACED 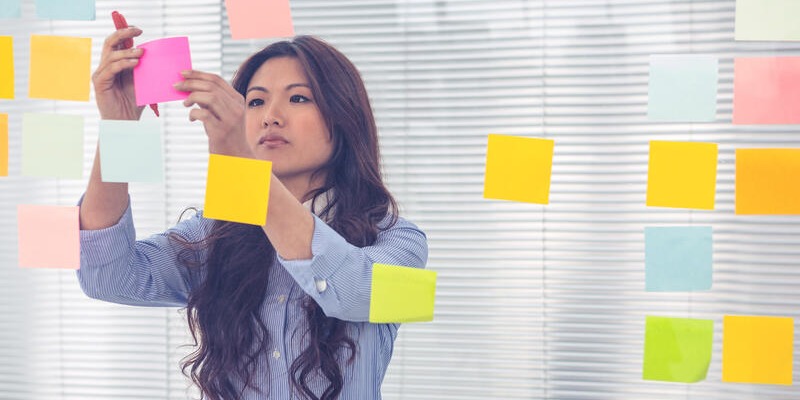 A Checklist for Using Real-time Information to Manage Emerging Risks

Security operations vary from company to company. How they and the supporting architecture are configured and resourced depends on their organization’s culture, industry,... END_OF_DOCUMENT_TOKEN_TO_BE_REPLACED 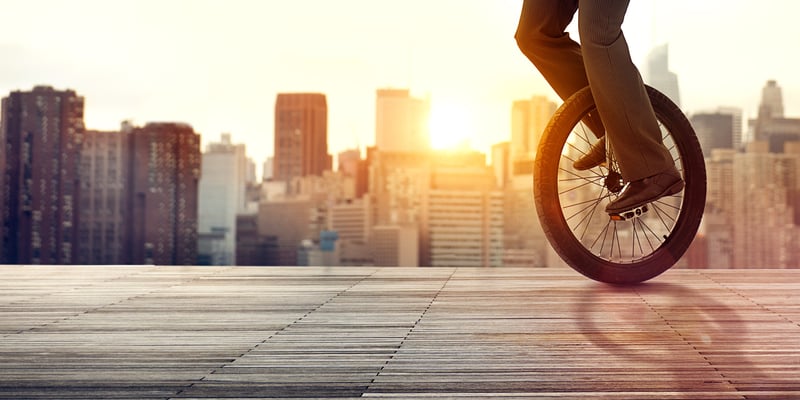 Balancing Modern Social Responsibility and the Risks That Come With It