Nearly every night, tens of thousands of fans pack the seats at the Capital One Arena in Washington D.C., home to the Washington Capitals and Washington Wizards. When those teams aren’t playing, the stadium hosts major concerts and other large-scale public events.

Dataminr’s real-time alerts give the stadium’s security staff a 360-degree view of unexpected events happening in and around Capital One Arena, helping them make decisions that keep the fans, staff, athletes and performers safe.

Monumental (MSE), one of the largest integrated sports and entertainment companies in the United States, owns and operates five professional sports teams in the Washington, D.C., area.

The company also owns and operates Capital One Arena, home to both the Capitals and Wizards, and it manages the city's new Entertainment and Sports Arena, which is home to the Mystics and a popular venue for concerts and other events.

MSE by the Numbers

Capital One Arena, MSE's premier venue and company headquarters, hosts some 220 events per year. Occupying an entire city block in the heart of downtown Washington, D.C., the 1 million-square-foot facility holds more than 20,000 fans. Joey Leon, security manager at Capital One Arena, is part of a three person team that oversees security operations related to the building and its guests.

His job, Leon explains, involves keeping the organization's players, buildings, and spectators safe, and his team has always tried to monitor social media to help identify and track real or potential threats.

“It's a big piece of what we do, being able to track live some of this, 'Hey, if I get 300 retweets I'm going to run on the court and high five [a basketball player],' or, 'I'm going to throw my phone on the ice and see what happens.'"

Comments like these might not always be serious, Leon says, but he needs to be aware of them to be fully prepared.

The problem, he says, is that other software products are not able to deliver real-time information. Before they turned to Dataminr, he and his colleagues did their work effectively, but they often found they were forced to play catch-up because they were one or two steps behind.

The turning point for the Monumental team came in the summer of 2019 when they decided to trial Dataminr.

The Dataminr platform uses artificial intelligence to detect early signals of emerging risks using public data, delivering relevant, real-time alerts on breaking events as they unfold. Corporate risk and security professionals can customize the software to their preferred focus areas and assign urgency thresholds to differentiate the seriousness of a given situation.

“We got lucky," Leon recalls, “because Dataminr had already done work with other sporting leagues, so a lot of the stuff they did with them applied to us, too." His team gave its Dataminr representative a list of MSE teams and facilities, as well as the top locations that needed to be covered, like the Metro stations visitors commonly used in their travel to and from the arena.

“They helped us put together the filters we wanted, and within the first couple of days, we were liking the results we were getting."

Critically, Leon adds, Dataminr automatically sifts through the torrent of social media posts that often accompany a big-time concert or game. And it includes a mobile app, which means team members can use it anywhere they go, whether it's the Capitals' practice facility or a far corner of Capital One Arena itself.

Today when he gets an alert, he doesn't have to go back to a computer and open up a browser to find out what it's about. “I can see everything on my phone and make an informed decision on the spot."

For example, when Leon heard that a band due to perform within the hour had just landed at Washington Dulles International Airport and now faced potential traffic on its way to the stadium, he was alerted in real time and able to act quickly.

The alert, he says, came from his Dataminr app, which he'd installed on his phone just a few days earlier. “All of a sudden, Dataminr was letting us know that all the roads out of Dulles Airport were blocked off," he remembers. He immediately called the band's manager and suggested an alternate route, enabling the group to make it to the arena on time.

"Everything we need to know we can see right there, and we can make an informed decision on the spot."

In the few months the Monumental security team has used Dataminr, employees have frequently seen how the product can help them do their jobs more effectively.

Complete Information in the Moment

In one case, a victory rally was underway for the Mystics, the day after their championship victory, when the security team received an alert that multiple people had been injured in a stabbing incident at a nearby Metro station. Leon's team members followed the story closely to ensure the perpetrator wasn't an active threat to the players or their fans and used the information to advise staff and others in attendance that the station in question had been shut down.

And finally, Leon says, Dataminr has repeatedly helped his colleagues harness the wisdom of crowds, as their public social posts in aggregate provide a window into possible threats or risks before they become crises. In one case, he recalls, he learned about a potentially dangerous situation before the arena police had heard about it themselves. “I got the ding, and it was about this massive crash-slash-shootout on a major highway exit that's fairly close to the arena." He went outside to talk to an officer to see if they could provide more information, and it had yet to come across police radio.

As an early-warning system his team members can employ in order to stay ahead of threats to Monumental's staff, operations, and brand, Dataminr has become an indispensable product in their security toolbox. “It's a big improvement, and it's been great," Leon says, "We've been incredibly happy with it." 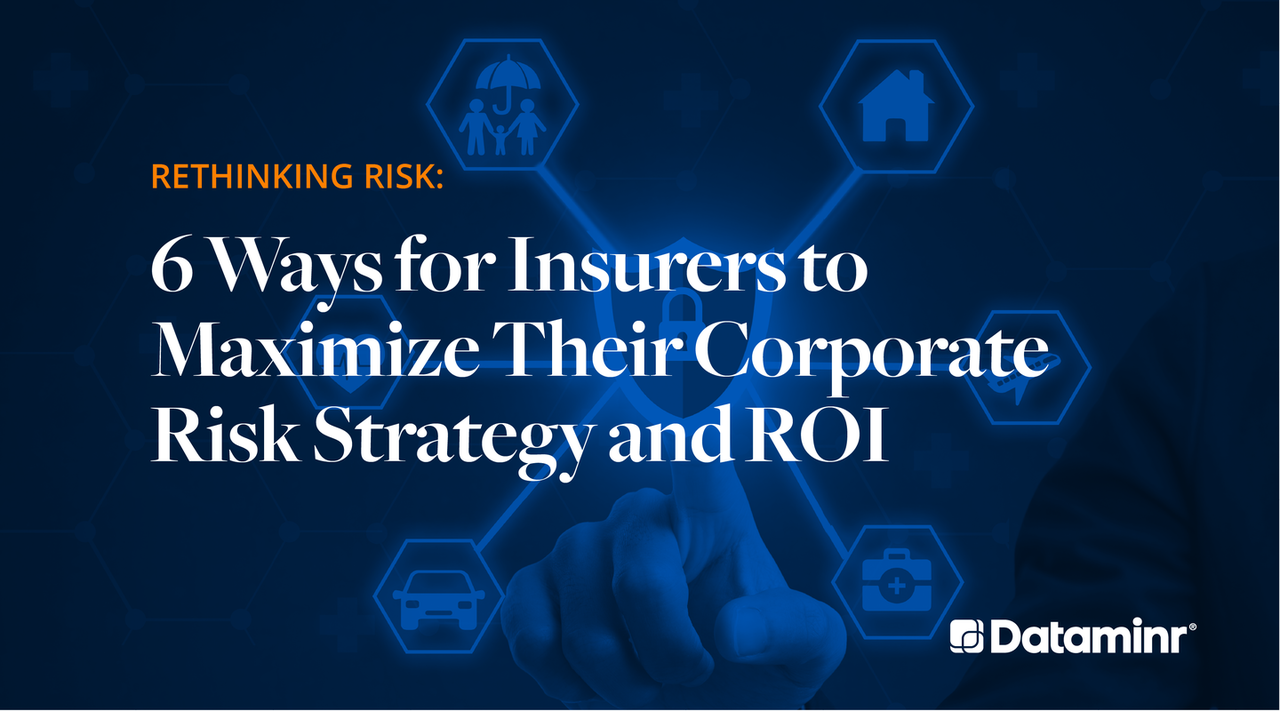 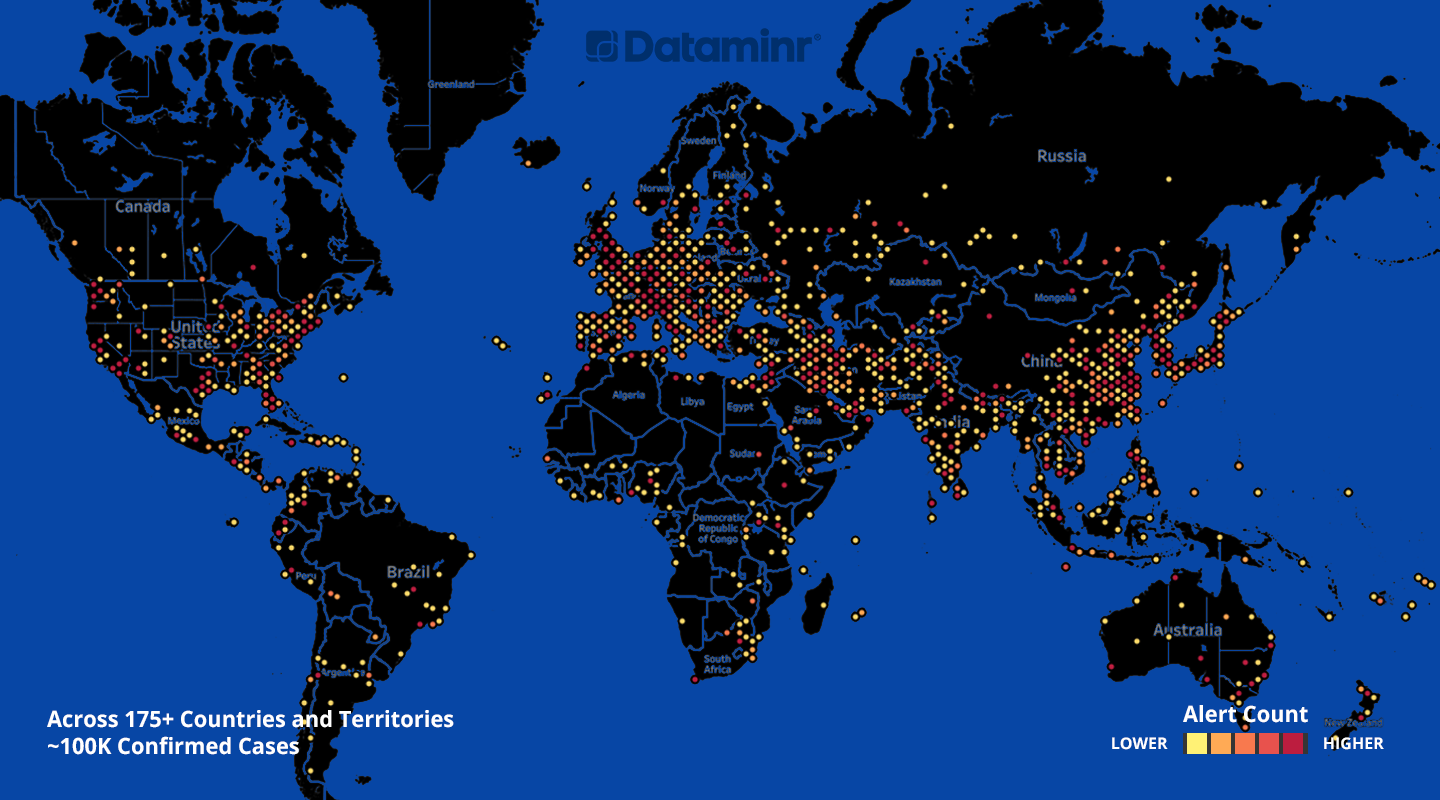 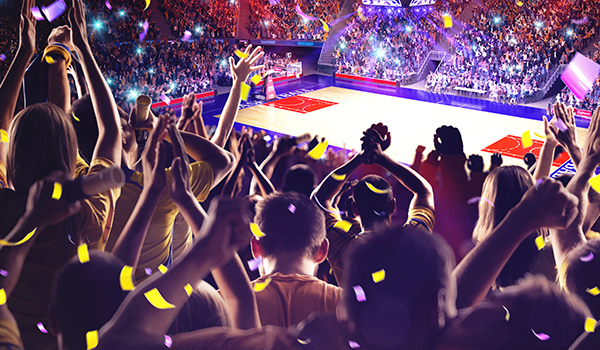